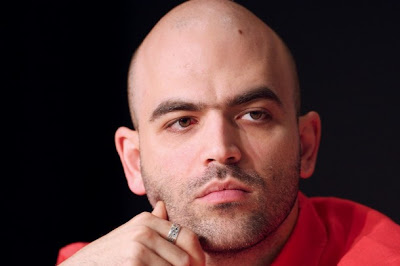 23 October 2008
The Writers in Prison Committee (WiPC) of International PEN is concerned by reports that members of the mafia in Italy denounced in Roberto Saviano's novel Gomorra, have reportedly announced he will be assassinated by Christmas. Saviano has told the press that he is leaving Italy as a consequence. For the last two years, he has been living under permanent police protection.
The Writers in Prison Committee of International PEN, the world association of writers, is appalled by the threats to the life of Italian author Roberto Saviano arising following the publication of his novel, Gomorra, that draws upon his research into the Neapolitan mafia. Threats to his life have apparently increased since the recent launch of a feature film based on the book.
International PEN calls on its membership of writers based in 104 countries world wide to adding their signatures to the petitions protesting the threat to his life.
Saviano is one of many writers world-wide who, in speaking out and describing the world around them, are placed into enormous danger. This year alone, 31 writers and journalists have been murdered in the course of their profession. International PEN urges all governments to take measures to protect them, to bring those who use threat and murder as a means of censorship to justice. 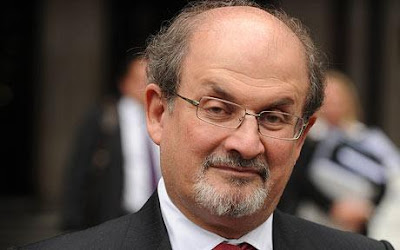 Salman Rushdie: Gomorrah author in greater danger than I was under fatwah 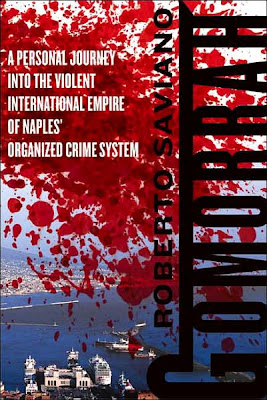 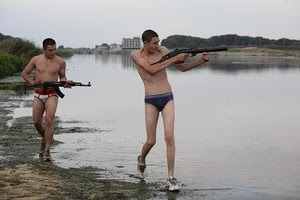 the still photo of a film based on Roberto Saviano's Gomorrah

The map of ITALY

Salman Rushdie has said that an Italian journalist who is under an alleged death threat from the country’s feared Neapolitan mafia is in even greater danger than he was under Iran’s fatwah.
The British author said the Naples-based Camorra Mafia has a much further reach than the mullahs of Tehran who called for his assassination.
Roberto Saviano has spent the last two years surrounded by a 24-hour armed protection squad and living in an undisclosed location after writing the best selling Gomorrah.
The book incensed Camorra Mafia bosses by lifting the lid on the crime empire they control around Naples and in the Campania region of southern Italy and this week it was reported that mobsters want Mr Saviano dead by Christmas.
Genre films won the Palme D’Or at Cannes, Matteo Garrone’s Gomorra, based on Roberto Saviano’s book about the Naples Mafia.

The narrative film has five stories.
Young Toto delivers groceries for pocket money, but aspires to join his companionSimone as a lookout for the drug dealers who ply their trade in the housing estate where they both live.
Sober, elderly Don Ciro is a “money carrier”, an accountant ,he distributes funds every week to the relatives of imprisoned gang members.
Pasquale is a highly skilled tailor who landed in danger when he goes behind the back of his mob-connected boss and teaches his secrets to a Chinese competitor.
Roberto is a university graduate who has found work with a toxic waste company, an industry sector that has been highly penetrated by organised crime in Italy.
And Marco and Ciro are young thugs whose only discernible talent is performing the dialogue of Brian De Palma’s Scarface.
Bullets fly and the corpses mount in Gomorra, but the film has a focus on intimate character detail, and a highly vivid, social-realistic sense of place. It is devoid of glamour. These lives – in Scampia, a suburb north of Naples – are hard-scrabble. Youngsters are recruited before they are able to make properly informed decisions about their life, and then can never escape. “Are you with us or against us?” they demand of 13-year-old Toto, when they want him to help them gain access to their next victim.
Gomorra is filmed by director Garrone. Toto, Simone, Don Ciro and many others are caught in the crossfire. Police are barely glimpsed. The film is both subtle, and powerful. In the scenes involving hotheads Marco and Ciro – who get way out of their depth when they steal a cache of weapons – its also funny. But you know that tragedy is always lurking around the corner.
Gomorra screened in Cannes .

The book’s title is a play on Camorra, a criminal syndicate which is less well known than the Sicilian Mafia but equally ruthless and powerful in its home territory around Naples.
It was made into an award-winning film, released last week in the UK, further angering the godfathers of the Camorra.
“The Mafia poses a much more serious problem than the one I had to face,” said Mr Rushdie, who was condemned to death by Ayatollah Khomeini in 1989 for writing The Satanic Verses, which was condemned by Iran’s theocratic regime as insulting to Islam.
“Saviano is in terrible danger, worse than me.”
Mr Rushdie met Mr Saviano in New York in April.
The Mafia’s deep-rooted transatlantic connections meant the Italian writer was in danger in the US too, he said.
Mr Saviano, 29, said this week that he felt like a prisoner in his own country because of having to live in a safe house constantly surrounded by armed police officers. 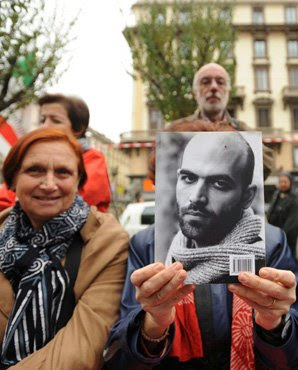 Italians have rallied round him in solidarity, with the government urging him to stay as a symbol of the fight against the Mafia.

Gomorra is filmed by director Garrone
He said he was thinking of leaving Italy - a decision supported by Mr Rushdie.
“Without doubt, he’ll have to leave Italy but he must choose his future destination very prudently,” the author of Midnight’s Children said.
Since Mr Saviano announced that he might flee his homeland, Italians have rallied round him in solidarity, with the government urging him to stay as a symbol of the fight against the Mafia.
“Right now I don’t see why I should keep living like this, as a prisoner of myself, my book, my success. I want a life, that’s all,” he told La Repubblica.
“I want to take a walk, get some sun, walk in the rain, meet my mother without scaring her and being afraid.”
Mr Saviano grew up in the town of Casal di Principe, the stronghold of the Camorra’s feared Casalesi clan, and saw his first murder victim at the age of 13.
His gritty portrayal of the Camorra’s brutal and often squalid activities was based on his experiences working as a labourer in Naples’ huge container port and in a textile and building firm controlled by the mob.
Source: International PEN,
http://www.repubblica.it/speciale/2008/appelli/saviano/index.html ,
http://www.myfilmsblog.co.uk/blog/2008/05/gomorrah.html#more ,
Photo from Getty Images by AFP/Getty Images 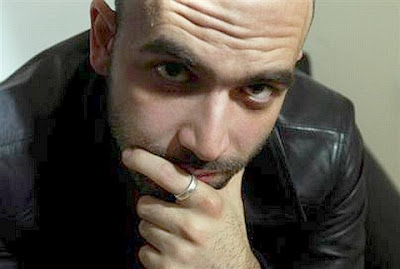 Posted by cosmopolitan express at 2:15 AM