A grenade was thrown at a window of one of the buildings of Rede Anhanguera de Comunicação (RAC) in Campinas. The news group owns a number of newspapers in the State of Sao Paulo, including Correio Popular in Campinas.
Three men approached an RAC building located in Vila Industrial at around 9pm on 22 January. One of them broke a window and threw in a grenade, but the window was protected by bars so that the grenade did not enter the building but instead fell outside, close to the sidewalk. A couple of hours after the attack, RAC’s telephone operator received a call from an unidentified woman saying, “this is only the beginning”. In the end, the grenade failed to explode and no one was hurt in the incident. There were, however, around 100 people in the building at the time of the attack and some 230 employees are there during regular working hours. A police file has been opened on the attack.
The motive for the attach is unclear, although some media reports have noted that it happened on the evening of the day Correio Popular published an article about a prisoner in the regional penitentiary with alleged links to the criminal organisation Primeiro Comando da Capital (PCC). The prisoner is a suspect in the case of the 2001 murder of the mayor of Campinas.

ARTICLE 19 believes that attacks against journalists and media are far more common in Brazil than is commonly thought and many cases, particularly those from smaller towns and cities, are not widely reported. ARTICLE 19 condemns this attack as an attack not only on RAC, but on the right of all Brazilians to seek and receive information freely. We urge the authorities to investigate the attack fully and to do all within their power to bring those responsible to justice. We also call on the authorities to take measures to ensure the security of RAC’s facilities in Campinas and other cities, particularly in light of the threats against it.

Posted by cosmopolitan express at 9:38 AM No comments: 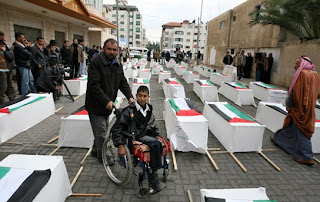 On 24 January, the BBC took the decision not to broadcast the Disaster Emergency Committee (DEC) appeal for donations in support of humanitarian aid efforts in Gaza. The BBC cited concerns that they did not want to appear impartial in the context of the conflict in Gaza and Southern Israel. ARTICLE 19 calls on the BBC to reconsider its decision and to broadcast the DEC appeal. The DEC appeal conforms to the humanitarian principles that relief should be distributed to civilians in need without partiality, as enshrined in Geneva Conventions common Article 3; Additional Protocol I Article 70; Additional Protocol II Article 18(2); as well as the Statutes of the International Red Cross and Red Crescent Movement, the Guiding Principles on the Right to Humanitarian Assistance of the International Institute of Humanitarian Law and others. Furthermore DEC members have confirmed they are able to work without hindrance from the Hamas controlled authorities both to identify who are most in need of assistance and to channel assistance to them directly, either through their own staff or well established local non governmental partners. The DEC appeal is solely concerned with alleviating the suffering of the inhabitants of Gaza.The complex political context of the DEC Gaza appeal is nothing new. In the past the BBC has not hesitated to broadcast the DEC appeals for donations to alleviate the suffering caused by other complex political emergencies, for example Darfur in 2004, and Rwanda and the Former Yugoslavia in 1994. All conflicts have sides and all conflicts have casualties. By refusing to broadcast the appeal the BBC raises questions over its own partiality. Why grant air time to raise funds for victims in Darfur but not Gaza? Both are suffering the consequences of conflict and have the right to receive aid according to humanitarian law and humanitarian standards. Furthermore, not only does the refusal to broadcast the appeal hamper the DECs attempts to publicise the call for funds to alleviate human suffering, but by citing issues of impartiality as their reason, the BBC has effectively called into question the impartial nature of the thirteen DEC members. This could deter the public from donating to this non-political humanitarian cause and to future DEC causes.If the BBC had concerns over appearing partial by broadcasting the appeal, they could have reverted to other means, far less restrictive for freedom of expression. For instance, the BBC could have introduced the DEC appeal through reiterating its impartiality in reporting on the conflict. The pluralistic nature of media in the UK is to be celebrated: several other channels including ITV, Channel 4 and Channel Five, amongst others, are willing to broadcast the DEC appeal. These should be commended for fulfilling the British public’s right to know about the full extent of the humanitarian crisis in Gaza, and the assessment by impartial humanitarian agencies, and for giving the public the opportunity to alleviate suffering. By so doing, these channels are also fulfilling a public interest function, a mission which the BBC had come to symbolise internationally and historically. This public service function of the BBC was highlighted by Mark Thompson, the BBC Director General, when he claimed that the charity appeals were an important part of the BBC’s role as a public service broadcaster. “For emergency appeals, through the Rapid Response Network, the BBC is able to work in partnership with other broadcasters and media. This unique collaboration gives the public the opportunity to support the valuable work of the DEC and its member agencies in saving the lives and livelihoods of people in situations of dire humanitarian need .”ARTICLE 19 calls on the BBC and its Director General to implement this vision and principle impartially, that is without discrimination on the basis of national origin, religion, race or ethnicity, and to broadcast the DEC Gaza appeal.

"When we have turned down DEC appeals in the past on impartiality grounds it has been because of this risk of giving the public the impression that the BBC was taking sides in an ongoing conflict "
BBC director general Mark Thompson
BBC and the Gaza appeal
Mark Thompson 24 Jan 09, 06:38 PM
http://news.bbc.co.uk/2/hi/uk_news/7848673.stm
It's not often as editor-in-chief I use our 'editors' blog' to highlight a BBC issue, but with strong views about our decision not to broadcast a Disasters Emergency Committee appeal for Gaza, I wanted to write directly and explain our thinking.

When there is a major humanitarian crisis, the DEC - which is a group of major British charities - comes together and, if it believes various criteria are met and a major public appeal is justified, asks the BBC and other broadcasters to broadcast an appeal. We usually - though not always - accede to the DEC's request and as a result have broadcast many DEC appeals over the years.

A few days ago, the DEC approached us about an appeal for Gaza and, after very careful reflection and consultation inside and outside the BBC, we decided that in this case we should not broadcast the appeal. One reason was a concern about whether aid raised by the appeal could actually be delivered on the ground. You will understand that one of the factors we have to look at is the practicality of the aid, which the public are being asked to fund, getting through. In the case of the Burma cyclone, for instance, it was only when we judged that there was a good chance of the aid getting to the people who needed it most that we agreed to broadcast the appeal. Clearly, there have been considerable logistical difficulties in delivering aid into Gaza. However some progress has already been made and the situation could well improve in the coming days. If it does, this reason for declining to broadcast the appeal will no longer be relevant.

But there is a second more fundamental reason why we decided that we should not broadcast the appeal at present. This is because Gaza remains a major ongoing news story, in which humanitarian issues - the suffering and distress of civilians and combatants on both sides of the conflict, the debate about who is responsible for causing it and what should be done about it - are both at the heart of the story and contentious. We have and will continue to cover the human side of the conflict in Gaza extensively across our news services where we can place all of the issues in context in an objective and balanced way. After looking at all of the circumstances, and in particular after seeking advice from senior leaders in BBC Journalism, we concluded that we could not broadcast a free-standing appeal, no matter how carefully constructed, without running the risk of reducing public confidence in the BBC's impartiality in its wider coverage of the story. Inevitably an appeal would use pictures which are the same or similar to those we would be using in our news programmes but would do so with the objective of encouraging public donations. The danger for the BBC is that this could be interpreted as taking a political stance on an ongoing story. When we have turned down DEC appeals in the past on impartiality grounds it has been because of this risk of giving the public the impression that the BBC was taking sides in an ongoing conflict.

However, BBC News and the BBC as a whole takes its responsibility to report the human consequences of situations like Gaza very seriously and I believe our record in doing it with compassion as well as objectivity is unrivalled. Putting this decision aside, we also have a very strong track-record in supporting DEC appeals and more broadly, through BBC Children In Need, Comic Relief and our many other appeals, in using the BBC's airwaves to achieve positive humanitarian and charitable goals. This is an important part of what it is to be a public service broadcaster. It is sometimes not a comfortable place to be, but we have a duty to ensure that nothing risks undermining our impartiality. It is to protect that impartiality that we have made this difficult decision.

Finally, it is important to remember that our decision does not prevent the DEC continuing with their appeal for donations and people are able to contribute should they choose to.

Posted by cosmopolitan express at 9:30 AM No comments: